Thunderstruck Mobile Slot Thunderstuck is a 5-reeled video slot machine that offers players a total of 9 lines. This wonderful slot gaming experience is versatile as it can be enjoyed on online casinos as well as mobile casinos. It is one of the cross platform games that are powered by Microgaming. Since it is powered .. 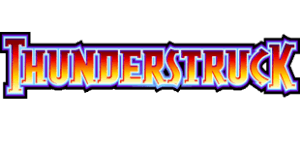 Thunderstuck is a 5-reeled video slot machine that offers players a total of 9 lines. This wonderful slot gaming experience is versatile as it can be enjoyed on online casinos as well as mobile casinos. It is one of the cross platform games that are powered by Microgaming. Since it is powered by such a great name in the industry, players can expect to enjoy a top notch gaming experience that is offered to them in outstanding visuals and sound effects as well as a number of rewarding features that can be very lucrative for players.

The symbols that appear scattered on the reels and lines of the game are all inspired by the main theme of the game, which is the Norse Mythology. This is why players will notice symbols such as Thor, his hammer, Loki, Odin and Freya among others as well as thunderous poker card symbols.  Thor is the wild icon of the game that will aid players in getting paid by using his godly powers in order to substitute for any of the other symbols that appear on the reels of the game, which increases players’ chances of winning. There is also the scatter godly rams that offer players great scattered rewards as well as triggering the free spins round. Players will be able to claim up to 15 free spins on the slot machine if they get a minimum of 3 godly rams anywhere on the reels. 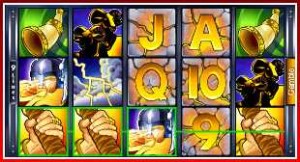 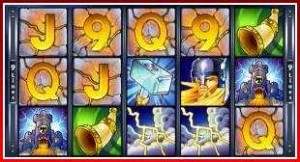 If you are a fan of the Ancient Norse Mythology then this is the game you should be playing. It is themed around the gods that were worshiped by the Vikings back in the day, you might already know some of them such as Thor, Loki, and Odin. This theme has become very popular especially following the release of the movie, Thor.

Players who are looking for an outstanding Halloween theme mobile scratch card that pays well and offers an engaging and a captivating gaming experience, then this is the game they are looking for, Halloweenies. It is powered by Microgaming, so player are ensured a top notch gaming experience that comes in great visuals and sound effects and assures them that they will find plenty of winning chances.

Cashapillar is a multi paylined video slot machine that is brought to you courtesy of Microgaming. It can be enjoyed on your mobile as well. It has plenty of high paying line payouts as well as a great set of rewarding features that you can enjoy right here for free.

Adventure Palace invites players to go on an Indian themed adventure like no other as they go deep into the dangerous and treasure filled forest in search for great treasures and fortunes by spinning the reels of this 5-reeled and 9 paylined mobile video slot machine.