The game of twenty-one was referenced as long ago as seventeenth century, recounted in the short story about Don Quixote. Two gamblers are cheating others in the city of Seville. The game was played with Spanish decks that lacked an eight, nine, or ten. As is so today, aces count as a one or eleven. Blackjack or twenty-one is one of the most popular casino or card games in the world. Bonuses were offered when the game was first brought to the United States when the ace of spades, the jack of clubs, or jack of spades were in a hand. Bonuses were paid ten-to-one, meaning if a dollar bet was made ten dollars would be won. 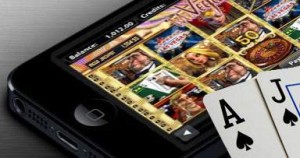 In casinos cards are dealt on a horse-shoe or “U” shaped table. Chips may be purchased at the table or brought from another table or purchased at betting windows. Bets are placed when chips are set down into a circle or square where cards are dealt. Once all bets and side bets are placed, play begins. Remember to stack chips neatly, so as not to confuse with other players. When playing virtually, simply tap the amount of chips to be bet. Chips are the same as money and should be treated as such. In virtual play, chips may be purchased with a credit or debit card. Practice certainly makes perfect in the game of blackjack. Take the opportunity to play as often as possible or desired. It is always wise to “quite while ahead,” and reap winnings. Of course, there are also times when it is better to “walk away” when “lady luck” refuses to smile. Blackjack play should be entertaining and relaxing and not stressful or overbearing. 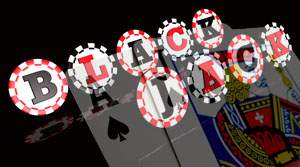 Each face card has a number value. Ace is a one or eleven. While jack, king, or queen are ten. Numbered cards are equal to their printed value. Casinos use between one and eight, fifty-two card decks. Dealers deal hands from left-to-right. In casino play all cards are dealt face-up, so everyone immediately knows whether a winning hand has been dealt resulting in an automatic win. Each player may “hit” as often as desired, so long as the hand does not exceed twenty-one. 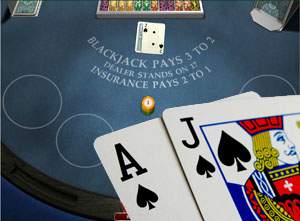 Casino Basics, How to Bet in Blackjack

The rule of thumb is to decide to bet based on the dealer’s showing card. Basically there are three rules that relate to betting. Always stand on seventeen and count on a high card for a dealer “bust.” Dealer has dealt six or below to self, hit until a score of twelve or higher is reached and then “stand.” Always split aces or eights and double down when you have a ten or eleven and dealer has an eight or below. Casinos often offer the option to place side bets, when certain conditions are met. Side bets are normally equal to or above the initial bet placed at the beginning of the game. A “lucky-lucky,” is when two face cards are dealt. Player holds a “perfect pair.” A “royal match,” when a king and queen are dealt. “Lucky Ladies,” this side bet may be made when dealt a hand equaling twenty. First card dealer “hit” results in a “bust.” One or both player cards matches the dealer’s.

Dealt hands may be “split” into two separate hands and bet upon. It is common to “split” a hand when an ace is dealt, because this card has the highest and lowest value. A bet may then be placed on both hands. The decision to “split” may only be made when cards are first dealt. If the player commits to stand after the dealing of one additional card he or she may double down. A double down means, doubling the bet up to a hundred percent on the dealt hand. Sometimes a player may only bet a hundred percent on a double down. Surrender results in a player losing half of a placed bet and the decision to surrender must be made after an additional card is dealt.

Insurance pays two to one, meaning two dollars per dollar bet. The option is available when the dealer has an ace dealt. Usually there is a stated rule on the table on whether the dealer must “hit” or “stand” at seventeen. A “soft” seventeen is an ace coupled with any combination of six, while a “hard” seventeen is a ten, jack, or queen coupled with any combination of six. This is an example of the house benefiting the player, as the dealer may be required to “stand” while the player may continue to receive cards up to twenty-one without “busting.”

Casino apps make blackjack fun to play at any time. Blackjack is very simple and a one-on-one game of strategy between the dealer and the player. The object is to beat the dealer by reaching twenty-one first or causing the dealer to “bust.” Simple, yet delightful the game has been around for hundreds of years. The game may be played for simple recreation or for serious betting pay-outs. Depending on the number of decks used, a casino may use a card shuffling machine over manual shuffling. The object is not to reach a total of twenty-one, but to beat the dealer’s hand as often as possible. This is a key component, as some people get caught up in reaching the number rather than beating the dealer’s hand. Always remember to simply enjoy the game.