The game revolves around the Tomb Raider, Lara Croft, who travels across the world in search for hidden relics and treasures as well as special items before they fall in the hands of evil doers 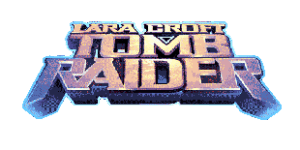 Tomb Raider is a Microgaming powered 5-reeled video slot machine. This slot machine is available to players through their mobiles as well as on their favorite online Microgaming casinos. The game invites players to accompany Lara Croft in her adventures across the globe as she goes after ancient long lost relics and items of great power. Of course, players will get paid generously for their help.

Players will start off by placing their wanted bet at the bottom then clicking on spin. Once they do that, the 5 reels of the game will start to spin and players will see many Tomb Raider themed symbols that will spin on the screen. These symbols include an ancient Asian golden relic, Tomb Raider herself in many symbols, a tiger, a mysterious item and poker card symbols. These icons appear scattered on the game’s 15 lines that players can place their wanted stakes on.

The game’s Logo is the wild icon of Tomb Raider, which means that it will replace any of the symbols on the reels and lines of the game to create a higher paying combo for lucky players. Of course, like any other wilds, the wild icon cannot replace other special bonus and scatter symbols.

The Ancient Golden Asian Relic is the bonus symbol, a minimum of three symbols will trigger the bonus round of the game that is called the Tomb Bonus. There is also a scatter icon that can trigger a number of free spins for lucky players. This symbol is Lara Croft holding two pistols.